On the first Tuesday (after the first Monday) of each November, I think of Lucy Burns, a suffragist who was jailed in the Lorton Workhouse Prison in Virginia for picketing. Burns frequently protested in front of the White House between 1916-1918 to influence President Wilson to support the right to vote for women, resulting in her numerous arrests. This workhouse prison was Burns’ home four times in that time frame—along with 168 of her suffragist friends.

I recently visited the Lorton Workhouse Prison (once named the Occoquan Workhouse Prison), built at the direction of President Roosevelt, who had become frustrated with the conditions of prisons in Washington, DC. On my visit, the spring, grey sky threatened snow and the wind whipped cold as I walked through the courtyard. The concept for this workhouse-style prison was that the prisoners (many of whom had been convicted of drunkenness and vagrancy) would spend their terms working, cooking, gardening, and generally reforming their ways in the fresh air and sunshine. “The moral, mental, and physical fiber of the prisoners are remade. They are men born anew,” was the quote in the Young Persons Weekly, February 5, 1927. This was supposed to be the new model for prison reform.

But those conditions didn’t apply to Lucy Burns apparently. On the night of November 15, 1917, later dubbed the “Night of Terror,” Burns was handcuffed by the guards and hung by her wrists in her cell. Her suffragist friends, in a show of solidarity, performed a vocal roll call and decided to voluntarily hang by their wrists in support of Burns. After the brutal night, the prisoners went on a hunger strike to protest their treatment.  (I’ve never known an issue so personally important as to not eat. But then again, I love food! So, I appreciate how desperate these suffragists must have felt.) After three days of not eating, the guards force-fed Burns with whipped, raw eggs through a tube inserted into her nose and down into her stomach, requiring five people to hold her down during the ordeal.

Along with her pal, Alice Paul, Burns helped lead the National Woman’s Party and soon became the editor of its official publication, “The Suffragist.” Burns wrote powerful arguments for why women should have the right to vote including that women suffer from bad government just as men do! (I love when a woman puts her words to such good use!)

Lucy Burns had flaming red hair that matched the fires she set outside the White House as she burned President Wilson in effigy. Burns spent more time in prison than any other suffragists (six sentences total). She even began wearing shabby, oversized dresses to demonstrate the kind of fashion she was forced to wear during her prison days.

President Wilson was finally convinced of the merits of women voters in the spring of 1919 (possibly recognizing the irony of fighting for democracy in Europe and denying it at home), and Congress set the process in motion for the 19th Amendment. Tennessee was the needed 36th state vote for passage of the amendment. The tie-breaking vote was cast by twenty-four-year-old Harry Byrns, who changed his vote at the urging of his mother. Proof that you should always mind your mother!

Today, the Lorton Workhouse Prison facility is owned by Fairfax County and has been developed into an interactive art center with artists in residence to work on their craft. There is a Lucy Burns museum on the grounds. Nearby, the Turning Point memorial has opened in Occoquan, a park dedicated to the suffrage movement. Lucy Burns’ story was also featured in the 2004 movie, “Iron Jawed Angels,” starring Hillary Swank as Alice Paul and Frances O’Connor as Lucy Burns.

As we close out the National Women’s History month, I am grateful for women like Lucy Burns, willing to starve so that I might vote. I don’t believe I’ll complain in November about having to find a parking place in order to cast a vote in the election, an activity that so many women fought so desperately for—with their “moral, mental, and physical fiber.”

This site uses Akismet to reduce spam. Learn how your comment data is processed.

I have discovered three sources of inspiration in my fast-paced life. Whenever I travel, I endeavor to explore a home of some historical figure from the locale. When the weather cooperates, I find time for a local hike—my definition of a hike is only loosely gathered. It could be a walk in a park, a stroll along a historic battlefield, and might even involve an incline or woods on occasion. Finally, I can escape to my past for a haunted kind of inspiration. I find photographs a tangible trigger for those memories and the inspiration that may come from comprehension, acceptance or from the complexity at the muddlement of it all.

This blog is intended to explore how I come to be inspired, where and by what or by whom. 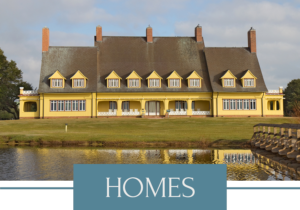 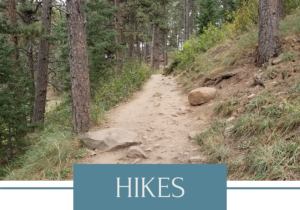 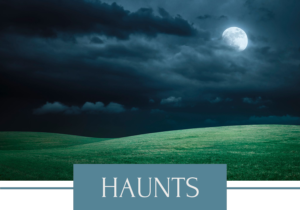